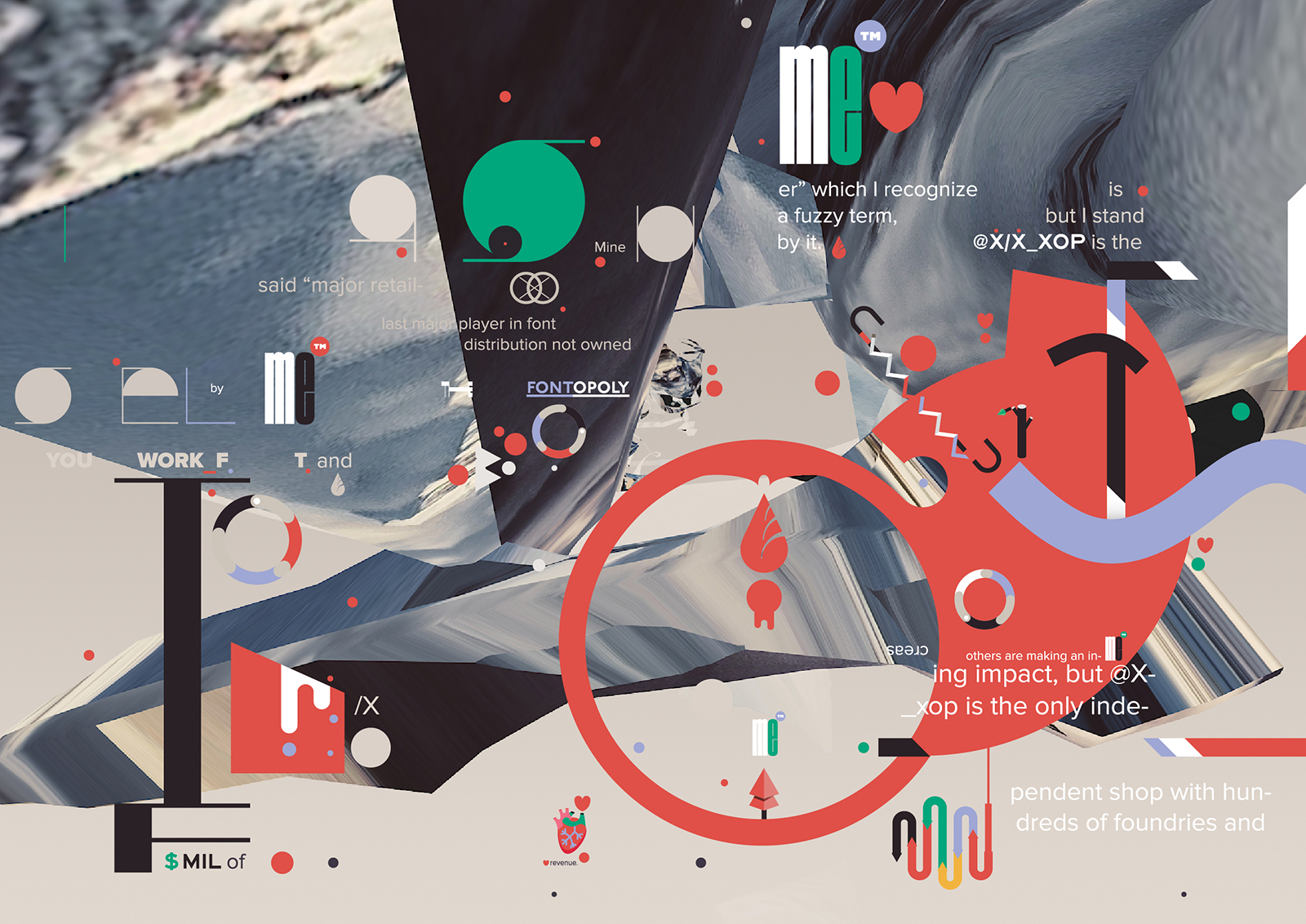 I have a temper and am a highly competitive person, both creatively and professionally, and when you combine those elements you have a recipe for disaster. Luckily I have friends and colleagues who counsel me to let a lot of the nonsense go, to not allow myself to become distracted, to stay focused, and get on with making things.

Since I assumed sole leadership of YouWorkForThem in 2010, I’ve been forced to make some major adjustments to keep the studio/shop alive. For example, we had been selling fonts since 2002, but we only handled around 200-300 fonts. In 2010, I knew this had to change, and as of November, 2015, we now handle close to 40,000 font designs, all curated and presented for the highest quality.

In becoming a larger–and I like to think more creative–player in the industry, I can’t help but feel like I ruffled a few feathers along the way. Of course, conflicting views are often presented in a charged and often inscrutable manner, which in my case has resulted in some frustrating email conversations. I used to get really worked up when this would happen, but now I remind myself that in the design world, it’s a good thing that we all see things differently. It leads to new and more original paths, without being boxed in to whatever “industry standards” are in fashion at the moment.

This recent piece (image above) is based on an email of the more frustrating sort mentioned above, from a self-styled “guru” of the font business. This person has never had anything positive to say about us, and over the years that has created quite the fuel for my fire. And as we have grown, every bit of market share that we take away from his reference makes my smile bigger. Thank you for the inspiration!